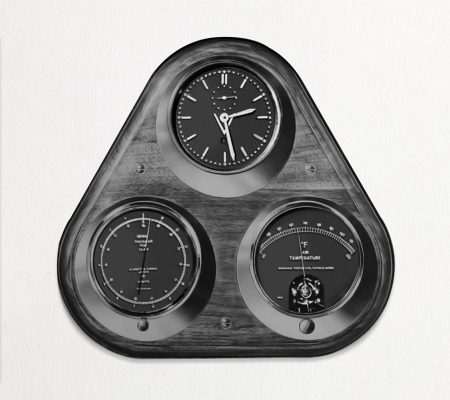 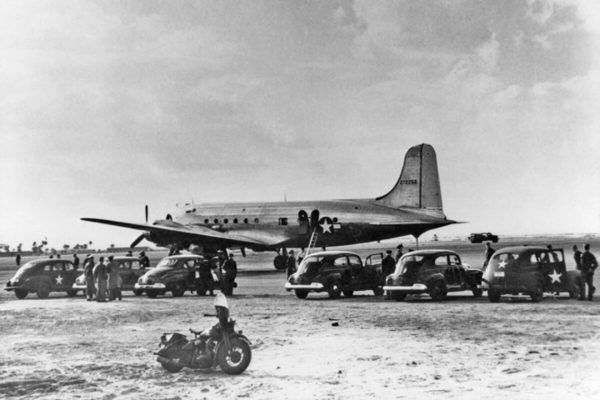 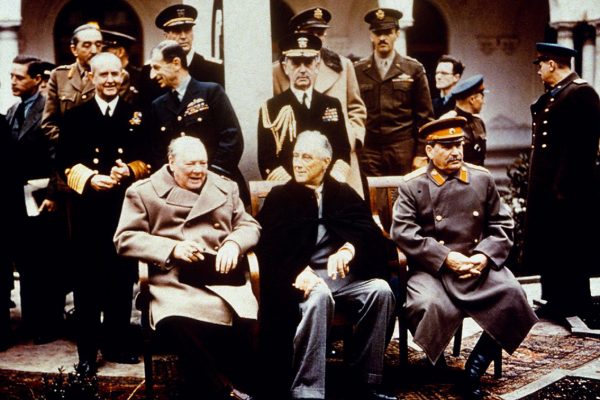 There is no face, nor biography, which is so immediately associated with Britishness as Winston Churchill’s: Statesman; Nobel Prize winner; wit with hundreds of popular quotes; scion of the Dukedom of Marlborough; Blenheim Palace his family seat; and of course First Lord of the Admiralty, in 1911-15 and again in 1939-40.

It was during the first of these two periods of office when he sent the famous one-word telegram “Proceed”, to Shackleton for his Imperial Trans-Antarctic Expedition, on one of the several occasions when his and Thomas Mercer’s paths crossed.

In 1944 Sir Winston Churchill was given a C-54 Skymaster for his personal use. Arriving at RAF Northolt on June 9th, the RAF’s first Douglas C-54 Skymaster, serial EW999 (C-54B 43-17126/0100), was luxuriously fitted out for him, the then British Prime Minister. Five months of secret work were overseen by Armstrong-Whitworth Aviation at Whitley, Coventry.

Churchill was particularly excited about his new aircraft, making regular enquiries into its progress. The new aircraft was ready for ‘The Owner’ by November 1944.  With its luxury interiors, and its illustrious owner, it comes naturally that Churchill described it as ‘my aerial yacht’ – and indeed, it was aptly named Paralos, after the sacred trireme of ancient Athens that was always kept at the ready to embark on vital diplomatic missions.

The Prime Minister had given designers a clear directive to ‘make it look British’. In fact, an American columnist paid tribute to her interiors as being ‘decorated like the drawing-room of an English castle, with walls finished in dark-brown panelling’. As the finishing touch of Britishness, a special Thomas Mercer clock featuring altimeter and thermometer stood in the bedroom, which is associated with an interesting anecdote – “All aboard seemed very happy with the spacious and quiet new aircraft – indeed, quiet to the point that Churchill complained about the ticking of the clock in his stateroom.”

With his characteristic wit and humour, Churchill commented: “I always manage somehow to adjust to any new level of luxury without whimper or complaint. It is one of my more winning traits.”

The clock witnessed several important moments in world history, but Churchill’s first official trip on the Skymaster was easily the most vital – to attend the ‘Big Three’ conference in Yalta, in the Crimea in February 1945, when the destiny of so many was decided. He travelled with his daughter Sarah, and a handful of senior advisers.

As Thomas Mercer has already done for other British milestones, such as the Atlantic Challenge’s tribute to Sir Ernest Shackleton’s heroic rescue with the James Caird, the company always dreams of celebrating the legendary pages of its history with a re-edition timekeeper.