ABU DHABI TIME: A BRITTANICA CHRONOMETER AT THE PRESIDENTIAL PALACE 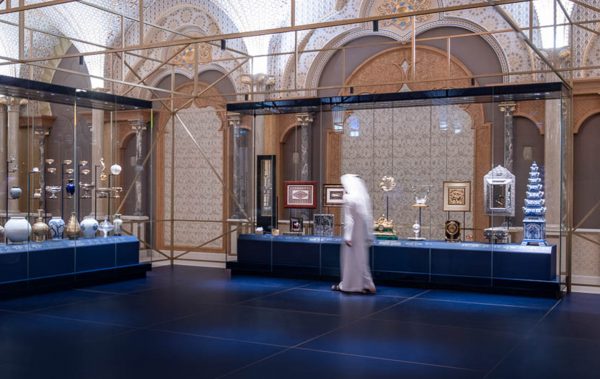 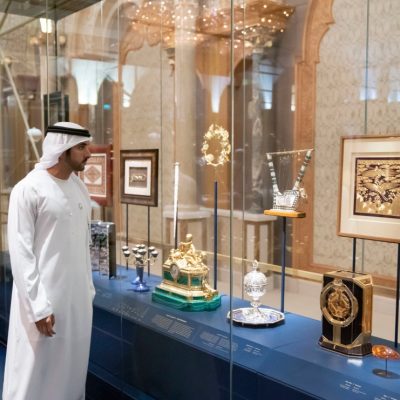 The Qasr Al Watan, Arabic for ‘Palace of the Nation’, is the Presidential Palace of Abu Dhabi.  Set in a 38-hectare compound of lush, manicured gardens, its white granite and limestone façade, along with 5,000 geometric, mosaic wall and floor patterns in the palace’s palette of blue, yellow and white pastel (blue represents the Arabian Gulf waters, yellow the Arabian sands and white purity and peace), took 150 million work-hours to reach completion in 2017.

Its ‘Spirit of Collaboration’ Room,  with its centrepiece a chandelier made up of 350,000 crystals, is the seat of the United Arab Emirates’ Cabinet, & Federal Supreme Council, and host to, among others, summits of the GCC (Gulf Co-operation Council), OIC (Organisation of Islamic Cooperation), and the Arab League.⁠ Its Great Hall can claim one of the largest domes in the world.  Among the other attractions: a showcase of the most cherished diplomatic gifts received by the UAE, including a Thomas Mercer table chronometer – known as the Presidential Gift Room.

Not so much a room as a unique celebration of cultural exchange and international diplomacy which underlines the good will between the UAE and the world – with a legion of illustrious guests. It boasts some of the most cherished diplomatic presents received by the UAE.  On the list, as might be expected:  Thomas Mercer, whose chronometers have, further west, been gifted also to US presidents.

A fine purveyor of diplomatic gifts, it was an honour indeed for Thomas Mercer Brittanica 1885 Gold to be on display at this fantastic showcase.  The crowning glory was the noted visit of Dubai’s Crown Prince, HE Hamdan Bin Mohammed al Maktoum, known as ‘Prince Hamdan’ and also as ‘Prince Fazzah’.